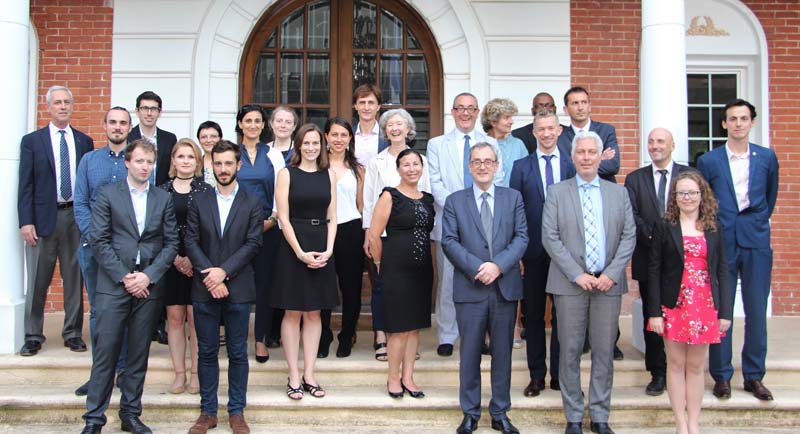 The French Embassy held its biannual Office for Science and Technology (OST) meeting in Atlanta from May 30 to June 1. OST is comprised of scientific attachés and representatives from France’s public scientific and industrial institutions, who are charged with promoting bilateral French-American collaboration in science and technology.

Its 24 staff members include professors, senior researchers and engineers who work at the embassy in Washington and the six consular offices across the United States (in Atlanta, Boston, Chicago, Houston, Los Angeles and San Francisco). They come from various backgrounds across the scientific spectrum and often work hand-in-hand with representatives from large research institutions such as CNRS, Inserm and CNES.

The seminar kicked off with a full day of talks at the Georgia Institute of Technology (Georgia Tech) led by the school’s VP for International Initiatives Yves Berthelot and Keith McGreggor, a professor at GT’s Computing College and director of the school’s startup incubator, VentureLab. Discussion centered on the strong partnership between Georgia Tech and France, including the successful exchange program between Georgia Tech and its French campus, Georgia Tech Lorraine, which is led by Berthelot. Afterwards OST representatives gathered at the French Residence, which is the house of French Consul General Louis de Corail, to network with members of Atlanta’s French scientific community.

The seminar concluded with a visit to the Centers for Disease Control and Prevention (CDC), the Atlanta-based federal agency which is part of the Department of Health and Human Services. CDC deals with public health issues ranging from infectious diseases such as influenza to Ebola and Zika. The CDC’s executives and scientists welcomed the OST delegation which toured the agency’s different facilities, including its crisis management room from which all international operations are overseen. OST’s next meeting will be held in November 2018, in Washington DC.