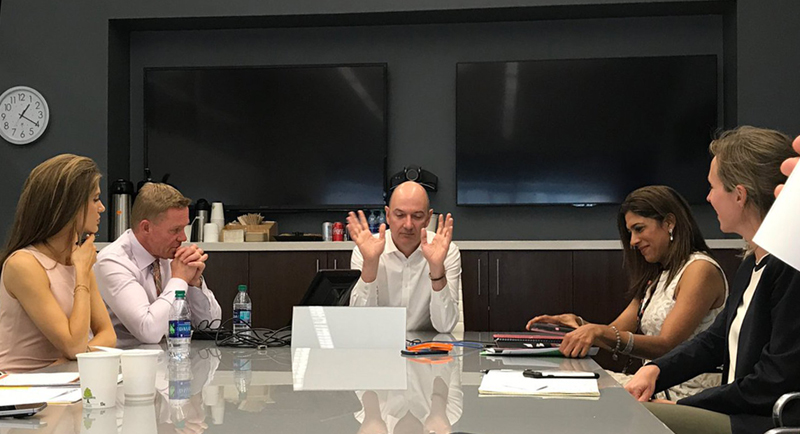 Washington, D.C., may have gotten a state visit from French President Emmanuel Macron, but here in Atlanta the Consulate General had a special visitor of its own: Lawmaker Roland Lescure, a député in France’s National Assembly, which is the equivalent of the U.S. House of Representatives.

Lescure is the representative for all French citizens living in the United States and Canada, and as a result was in Washington for Macron’s state visit. Following the festivities in the nation’s capital, he took a brief tour of his southern constituency, stopping by New Orleans and Atlanta then traveling onward to Puerto Rico and finally Miami.

His southern tour, which took place from April 25 through May 4, gave Lescure the chance to meet the French citizens whom he represents as well as get to know the businesses and organizations, such as schools and cultural institutions, that are part of the French-American fabric across the United States.

Lescure was able to meet with the entire consulate staff, which welcomed him at 8:30 a.m. on Monday, presenting the various missions and activities which the office carries out across the U.S. Southeast.

During his time in Atlanta Lescure was able to visit two educational facilities: The Atlanta International School for students of all ages and the Little Da Vinci School, for elementary-aged students. Lescure’s time in Atlanta coincided with a visit by the French Embassy in Washington’s educational attaché, Karl Cogard, who was able to meet with Lescure.

Among the other dignitaries with whom Lescure met were the consulate’s three advisory counselors, who serve as liaisons for the consulate on all matters pertaining to the French-American community in the region. These advisors, the entire consulate staff and many more celebrated the end of Lescure’s first day in Atlanta with a dinner reception at Consul General Louis de Corail’s residence.

Lescure started his second day by getting down to business with the Atlanta chapter of the French-American Chamber of Commerce, which held a breakfast at Anis Cafe & Bistro. As the chairman of the Economic Committee of the French Parliament, Lescure was at home among Atlanta’s French and French-affiliated business community.

After meeting with city and state officials, Lescure headed to CNN’s downtown headquarters where he met with senior staff and journalists for a discussion about current events and a newsroom tour. Most poignantly, Lescure stopped by the Center for Civil and Human Rights for a VIP tour of the sobering yet inspiring museum, which tells the story of the many struggles, the racism, the perseverance and the progress that mark the history of the civil rights movement. Afterwards he stopped by the birth home of Martin Luther King Jr. as well as his grave.

Lescure is a relative newcomer to politics having been elected for the first time in June 2017 as part of Macron’s En March party. He is the previous VP and Chief Investment officer of Caisse de Dépôt et Placement du Québec (CDPQ), a public investment fund. Lescure lives in Montreal.

For a slideshow of Lescure’s Atlanta visit, click on the below photo: 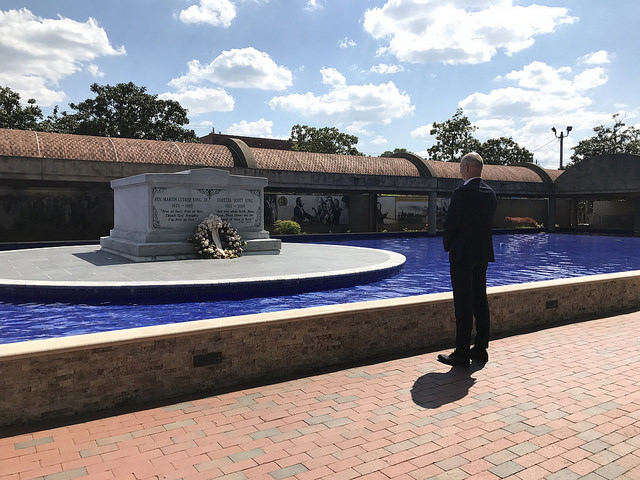