To celebrate the kick-off of the 6th Annual France-Atlanta, French Ambassador Gérard Araud will make his first official visit to Atlanta, GA on October 27-28, 2015.

Co-presented by the Consulate General of France in Atlanta and the Georgia Institute of Technology, France-Atlanta 2015 will offer a dozen events centered on innovation in Metro Atlanta from October 27-November 9, 2015.

Gérard Araud will participate in the official ceremony at the Besharat Gallery in Castleberry Hill, along with Atlanta Mayor Kasim Reed, Georgia Tech President G.P. “Bud Peterson” and French Consul General Denis Barbet. Some 300 distinguished guests, partners, event sponsors, and more than 40 international guests will attend, including elected officials from the City of Toulouse and from the Lorraine region of France, a large delegation from France’s premier engineering school, Art et Métiers ParisTech and representatives of several French manufacturing companies.

The Ambassador will also give a keynote address at the FACC 10th Crystal Peach Awards Luncheon on October 28, as part of the business segment of France-Atlanta. The Crystal Peach Awards, presented by the French-American Chamber of Commerce-Southeast Chapter, recognize the most significant inbound and outbound investments to and from France and the Southeastern USA. Additional distinctions include the FACC Award of Innovation and the France-Atlanta award of sustainable innovation.

In addition to France-Atlanta related events, Ambassador Araud will participate in bilateral meetings with the Governor of Georgia and the Mayor of Atlanta and meet with executives from the business community. 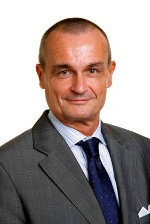 A career diplomat, Gérard Araud was appointed Ambassador of France to the United States in September 2014. He previously held numerous positions within the Ministry of Foreign Affairs and International Development, notably including that of Director for Strategic Affairs, Security and Disarmament (2000-2003), Ambassador of France to Israel (2003-2006), Director General for Political Affairs and Security (2006-2009), and, most recently, Permanent Representative of France to the United Nations in New York (2009-2014). Over the course of his career, Mr. Araud has developed specialized knowledge in two key areas: the Middle East and strategic & security issues. As regards the latter, he was the French negotiator on the Iranian nuclear issue from 2003 to 2006. In New York, at the Security Council, he notably contributed to the adoption of resolutions on Libya , Côte d’Ivoire , the Democratic Republic of Congo, Mali and the Central African Republic, and participated in debates on the Syrian and Ukrainian crises.