Home > Free Seminar: “Teaching French with Media Where does the information come (...)

Free Seminar: “Teaching French with Media- Where does the information come from?” [fr]

Foreign French language professors (FLE) benefited from a free workshop on April 11, 2017 focusing on the theme “Teaching French with medias – Where does the information come from?” 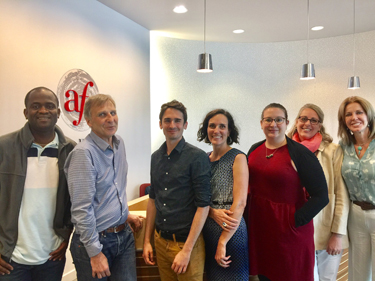 Proposed by the Cultural Service Department of the Embassy of France in the United States, The Consulate General of France in Atlanta, and the Alliance Française of Atlanta, this collaboration was presented by Eric Schweitzer, an Image and Media Trainer, at the Education Liason Center (CLEMI).

“At a time when there is a permanent flow of information coming from all of our screens, it is a major social concern to try to give everyone the means to exercise their critical minds,” explains Eric Schweitzer on the importance of the subject. “In order to how credible a source is, it is essential that you ask yourself the same questions about the provider, its status, and its intentions. In my opinion, it is the role of every educator to help students ask themselves this question: Who is talking to me?” he concluded.

The workshop was composed of two different components: During the first part, participants explored pedagogical paths designed to help the students shape their critical mind in order to situate themselves with the multitude of information and images they received (whether from francophone countries or not). The instructor gave tools to verify the truthfulness of certain images in order to separate truth from falsehood while playing. In the second part, the teachers were able to make their own videos and discover the techniques of shooting, sounds, editing as well as tools enabling them to carry out the project within the framework of the class.

“Every time I participate in the workshop organized by the Consulate General of France and the Alliance Française of Atlanta, I know that I will learn a lot thanks to the new strategies and resources that are presented. These continue to be the best professional workshops that I have been able to attend!” says Katherine Rozei, a French teacher at Alpharetta High School.

What is the final result that Eric Schweltzer wishes for at the end of the 6 hour workshop?

“I hope to have succeeded in convincing the teachers that is possible to integrate media and educational activities into the French language course by engaging in language activities around media that allow the development of critical thinking in students. I also hope that the video creation workshops have allowed each participant to perfect his or her mastery of the didactics and the technique of the animated image which will allow the setting of activities of image creations with the learners”

A big thanks to Eric Schweitzer! 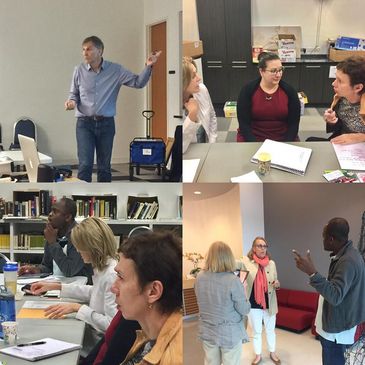 CLEMI’S mission is to teach students a civic practice of the media. As a workshop center, it shares partnerships with information professionals. The CLEMI is best known for running press and media in schools for more than 25 years. Every year in March, CLEMI speaks to more than 3 million people in 15,000 schools (Including all Foreign French Establishments Abroad)