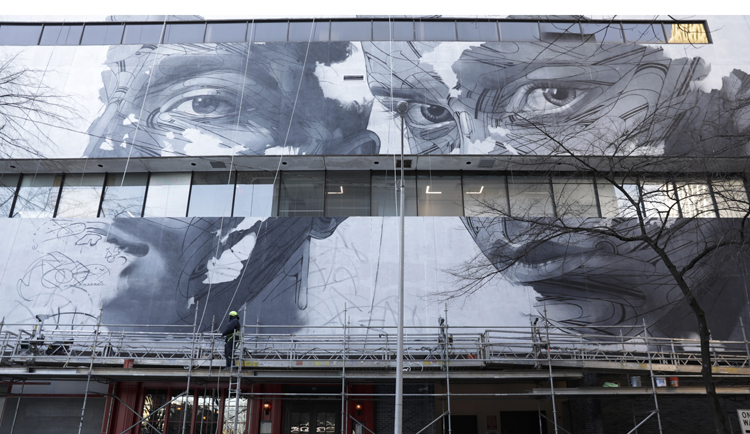 Football looms large in Atlanta in February with the arrival of the Super Bowl, but a new mural by French street artist Hopare is looming even larger – on the side of downtown’s Peachtree Center.

Hopare, whose real name is Alexandre Monteiro, completed “Symphony” which features three human faces in black, white, gray, and hints of yellow, in early January and will have the work finished by game day.

Although “Symphony” is Hopare’s first piece of public work in the U.S. Southeast, his murals dot the globe from Paris to Venice and Montreal, bringing the artist’s “interesting blend of figuration and abstraction” to urban centers around the world, according to the Peachtree Center.

“Symphony” was put up following a major but separate initiative to install 30 murals celebrating Atlanta’s civil rights and social justice legacy in the vicinity of Mercedes-Benz Stadium and in downtown Atlanta ahead of the Super Bowl.