In recognition of his commitment to promoting French culinary culture, Consul General Louis de Corail will confer the Insigna of Knight in the French Order of Academic Palms upon Jean-Yves Vendeville, Director of the Savannah Technical College’s Culinary Arts Degree Program on December 1 in Savannah, GA. 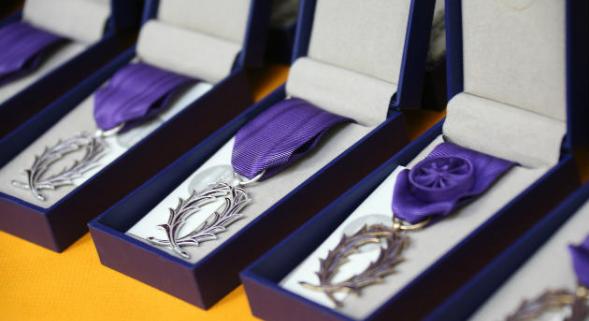 Established in 1808 by Napoleon Bonaparte, the Ordres des Palmes Académiques or Academic Palms is an Order of Chivalry of France that recognizes significant contributions and dedication to French intellectual, scientific, and artistic achievements. It was established in 1808 by Napoleon Bonaparte so as to honor eminent members of the University of Paris. In 1866, the scope of the award broadened to include both French citizens living abroad and foreign nationals. The Chevalier (Knight) of the Ordre des Palmes Académiques is one of the highest civilian honors granted to academics and educators by the French state and remains one of the oldest non-military decorations awarded to civilians in France.

On December 1, Consul General de Corail will present the Insignia of Knight in the French Order of Academic Palms to Mr. Jean-Yves Vendeville in recognition of his career dedicated to the transmission of French culinary culture, during a ceremony at Savannah Technical College.

Trained as a pastry chef, Mr. Vendeville became a professor at the Savannah Technical College, where he lead of the Cooking and Pastry Department in 2008. Thanks to his work, his influence and his enthusiasm hailed by all his colleagues, he developed a partnership with the Lycée Hôtelier Lautréamont (65) to promote exchanges between students and teachers on both sides of the Atlantic and to promote the French culinary know-how. In 2012, he received the Rick Perkins Award, from the state of Georgia. This prestigious award recognizes teachers of technical institutions. In 2014, he was voted the best educator chef in the United States by the American Culinary Federation. Finally, the culinary program he set up has been nominated by critics among the best in the United States. He is currently working on the publication of a book entitled "Croquembouche: The Art and Technique". His book will focus on pastries and desserts prepared using traditional French techniques.

"Jean-Yves is a "knowledge broker". He has taught several generations of young American professionals not only the technique and the sense of the product that characterizes French gastronomy but also the relational and cultural dimension that unites men around the kitchen. A continuous tie between the United States and France linked to the demand and the pleasure," said the consulate’s cultural attaché Alexandre Durand.

His decoration ceremony follows a recent trip to France with 5 American students from Savannah Tech as part of an academic exchange established by Vendeville with the Lycée Lautreamont in Tarbes, France.