I am very happy to welcome you all tonight to officially open the second edition of “France-Atlanta: Together Towards Innovation”. Thank you so much for sharing this event with us this evening.

What is France-Atlanta? It is a series of French-American events co-presented by the Consulate General of France in Atlanta and the Georgia Institute of Technology, taking place in Atlanta from October 26 through November 12. It is organized under the High Auspices of the Ambassador of France to the United States, the Governor of Georgia, and the Mayor of Atlanta, and it is designed to develop long lasting partnerships between France and the American Southeast, in scientific, business, artistic and humanitarian fields. “Innovation” is the driving force of this project, as “France-Atlanta” greets visionary talents. France, Georgia and Atlanta share a common strong commitment to innovation as an engine to economic growth. 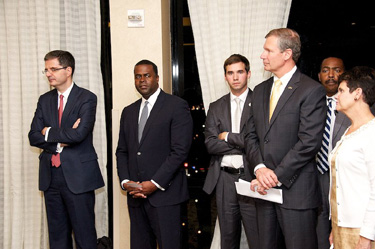 “France-Atlanta 2011” is the second edition of this initiative. Last year, it brought together 3,500 participants and breathed new life into the relationship between France and the Southeast United States. Among the positive outcomes that ensued from these events was the signing of a Memorandum of Understanding, last July 11, between the City of Atlanta and Paris Airports and Paris Region, which aims to increase the economic appeal of the two airport zones for international companies. That was a direct result of last year’s “France-Atlanta” business workshop on logistics and transportation.

This year, it is our pleasure to present to you the following program of “France-Atlanta”:

Four scientific symposia will gather together French and American researchers on graphene (the new superconductive material), kidney transplantation, and the latest advancements in the fight against geriatric kidney diseases. The best American and European specialists of these domains will be gathered. Also, on October 27, representatives from French and American universities and schools will meet to discuss the future of French-American higher education and programs of joint research.

Two economic workshops will assemble French and American experts and businessmen to discuss opportunities in the nuclear and green industry sectors.

Cultural diversity and ethnic inclusiveness will be the central theme of the cultural program of France-Atlanta. Five cultural events will be organized in the disciplines of dance, cinema, photography, and architecture. Some of the highlights include Asphalte, a contemporary dance performance by Toulouse choreographer Pierre Rigal; a photography exhibition by French artist Mohamed Bourouissa; as well as a series of conferences on cultural diversity in France and the United States. Toulouse Mayor Pierre Cohen will open a one-day seminar on urban planning and cultural diversity. 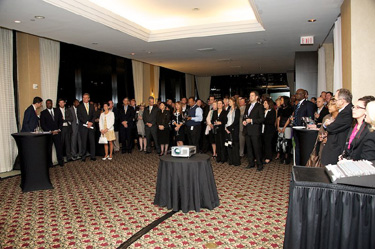 At the French Consulate, we are very proud to work with our American partners, who strongly supported us to deliver such a diverse international initiative:

First, the State of Georgia and the City of Atlanta: I would like to extend my deep personal appreciation to Governor Deal and Mayor Kasim Reed for their support to this initiative. Mister mayor, I was very touched by your kind words about France-Atlanta a few days ago at the Governor’s International Award ceremony. Now, I would like to return the favour and tell you that we too, in the French community, work with people we like and we look forward to working with you and your team, with Governor Deal and his team even more in the near future.

We are also very happy to work with Georgia Tech: President Peterson, I thank you profoundly for being personally involved in this project and for the support, dedication and professionalism that you and your team continue to demonstrate in strengthening Georgia Tech’s ties with France. Please allow me to reiterate tonight how much we value our friendship with Georgia Tech and to, once again, mention our distinguished gratitude for the fundamental contribution of Georgia Tech to the French American relationship.

I would also like to thank very much Emory University, the Metro Atlanta Chamber, the Georgia Public Service Commissioner, the Rialto Center for the Arts, Georgia State University, the Woodruff Arts Center, Art Papers, Atlanta Celebrates Photography, The Spellman College, SCAD, the Bronzelens Film Festival, gloATL, Elevate, Care, the Carter Center, the Peace Corps, Mobilize for Haiti and Medshare, for assisting us in organizing particular events in the framework of “France-Atlanta”.

On the French side, I would like to thank the City of Toulouse, the CNRS, l’INSERM, Hôpital Necker, Hôpitaux de Toulouse, l’Agence de Biomédecine, the Centre hospitalier universitaire de Nantes, the CHRU de Montpellier, the Institut Français, Handicap International and several departments of the French Embassy in Washington, D.C., namely: the Science and Technology Mission, the Cultural Services, the Office of the Counsellor for Sustainable Development and Transportation, the Press and Communication Service, the Office for Nuclear Affairs and the Advisor for Non-Governmental Cooperation and Civil Affairs.

I would like to stress that many prominent figures crossed or will cross the Atlantic in the next few days to participate to France-Atlanta, especially a delegation from the City of Toulouse lead by Mayor Pierre Cohen, and a delegation from the Paris region and Paris Airports, lead by Mr. François Scellier, member of the French Parliament, and Mr. Gérard Eude, Official from the Seine-et-Marne, who are with us tonight. Merci beaucoup d’être venus apporter votre soutien à “France-Atlanta”.

I am also extremely grateful to the French and the French-American communities in Atlanta: Alliance Française, Association Ensemble, Atlanta-Accueil, Atlanta-Toulouse Sister Cities Committee, Ecole du Samedi, Entreprise Rhône Alpes International, the French-American Chamber of Commerce, the French Society, the French Heritage Society, the French Senior Trade Advisors Association, Théatre du Rêve and Ubifrance. Dear friends, “France-Atlanta” demonstrates that when we work together following the same path and supporting each other, we can accomplish great results and enter into solid partnerships with our American friends.

Our very special thanks, however, must go to the “Dream Team” of the Consulate General of France in Atlanta. This team is the one which, together with our French and American partners, truly made “France-Atlanta” a reality: Caroline Pasquier, Deputy Consul; Carole Scipion, Cultural Attaché and her Deputy Clémentine Bernon; Jacqueline Signorini, Scientific and Higher Education Attaché, and her Deputy for Life Sciences, Johanna Ferrand; Claire Collobert, Press Attaché; Ghislaine Murray, Charles Kong and Heather Kircher. I would also like to express my gratitude to Serge Hanoca and his staff from UbiFrance Atlanta, especially Vanessa Ibarra.

With extensive recognition to this team, we look forward to the success of France-Atlanta 2011. Please give these guys a big round of applause.

Finally, I would like to thank our generous sponsors. Without them, France-Atlanta would not be achievable: the Honorable Anne Cox Chambers, Delta – KLM – Air France, the Melia Hotel, which is hosting us tonight, Michelin and the Coca-Cola Company.

Thank you all very much! 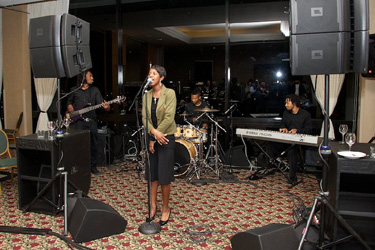