The Consulate General of France in Atlanta and the Georgia Institute of Technology will co-present the 7th Annual France-Atlanta, a series of French-American events centered on innovation, from October 12-21, 2016 in Atlanta. 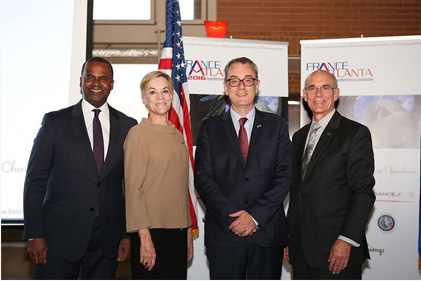 The 2016 program will highlight developments and partnerships in some of the most pressing topics of the day such as cybersecurity, mental health during humanitarian crises, and the role of the arts in democracy-building. Industry experts, researchers, and artists from France will come to Atlanta to participate with their American counterparts in the various workshops, panel discussions, and cultural programming that are presented under the high auspices of the Ambassador of France to the United States, the Governor of Georgia, and the Mayor of Atlanta.

France-Atlanta will then welcome world-renowned political cartoonists Jean “Plantu” Plantureaux (Le Monde), Mike Luckovich (Atlanta Journal-Constitution), and Michel “Kichka” (TVMonde, Courrier International) at the Center for Civil and Human Rights for a panel discussion, “Cartooning for Peace: The Art of Democracy.” Audience members have the opportunity to interact with and watch the cartoonists at work as they explore questions of freedom of expression in a democratic society.

Thanks to the momentum of previous editions of France-Atlanta, sister-cities Atlanta and Toulouse, France, will host their first Atlanta-Toulouse Startup Exchange. Selected startups will gain access to decision makers, and engage with investors and business leaders in their respective sectors. 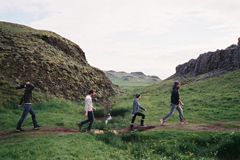 Music, dance, and film lovers will enjoy an exciting program of contemporary French artists such as choreographer Noé Soulier making his U.S. debut with “Removing”; the US premier of Daniel Wohl’s multidisciplinary artistic project, “Cycling,” performed by Sonic Generator, Georgia Tech’s contemporary music ensemble-in-residence and interpreted by gloATL; or a screening and discussion of “Tomorrow’ (2015), an eco-documentary by Cyril Dion and Mélanie Laurent.

The business community will celebrate international investments in Georgia and France during the 11th annual Crystal Peach Awards ceremony on October 19 with the French-American Chamber of Commerce. 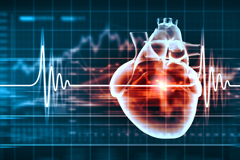 On October 20-21, French and American mathematicians and computer scientists will participate in a two-day scientific workshop focused on mathematical modeling for cardiovascular diseases at Emory University.

And finally, humanitarian workers and public health experts will come together for a forum on Global Emergencies and Mental Health on October 21 at Emory University, and students of French from Metro Atlanta schools and universities will have the opportunity to learn about current humanitarian issues.

Events are free and open to the public unless otherwise noted.

France-Atlanta 2016 is made possible with the support of Anne Cox Chambers, Delta Air- Air France-KLM, Nissan, the Raymond F. Schinazi and Family Foundation, and MailChimp, along with local French-American associations and more than 30 state and international partners.