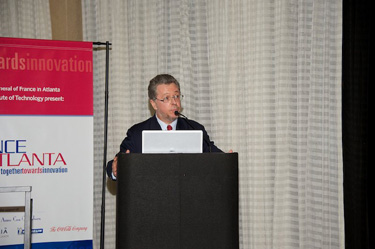 Inaugurated on October 26, 2011 with a reception bringing together 450 people, in the presence of the Ambassador of France to the United States, the Mayor of Atlanta, the President of Georgia Tech, several elected officials of the Paris region and numerous local figures, the series of events, « France-Atlanta: Together Towards Innovation » animated the Georgia capital for more than two weeks.

In total, the Consulate General of France in Atlanta and Georgia Tech presented 15 French-American scientific, business, cultural, and humanitarian events, in cooperation with many other Georgian institutions and with the support of all the French associations in Atlanta. As in 2010, this series of events attracted high profile participants and a large audience of almost 3,500 people. 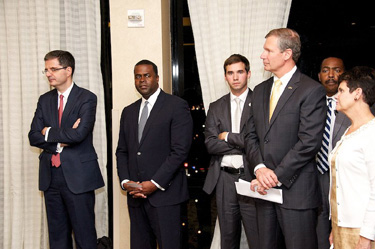 The objective of this series of events was to deepen relations between France and the South-Eastern United States, by encouraging solid, long-term cooperation between French and American partners. In this regard, several positive results were recorded this year:

I/ Reinforcement of institutional cooperation between France and Atlanta:

The delegation of Toulouse, led by Mayor Pierre Cohen, met with the Honorable Kasim Reed, Mayor of Atlanta, as well as with business, academic, scientific, and cultural leaders of the city. Areas of cooperation were defined, particularly on questions of integration, cultural diversity, and the fight against discrimination. Exchanges of experience are anticipated in the areas of urban renovation and public transportation. A business delegation from Toulouse will come to Atlanta in the spring of 2012 to explore the economic sectors identified by Mayor Cohen for the future development of exchanges and cross-investments: aeronautics, logistics, health, and information and communication technologies. In the scientific domain, Toulouse has also proposed to host in the fall of 2012 a French-American symposium on “Telemedicine, the fight against cancer and obesity-related illnesses” with researchers from Georgia Tech and Emory University. 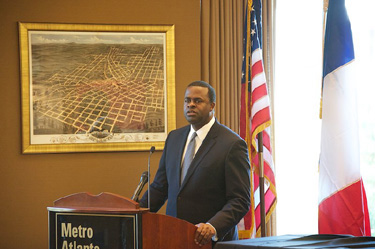 Following the signing of the Memorandum of Understanding (MOU) in July between the airport zones of Paris and Atlanta, an elected delegation from the Paris Region, Airports of Paris, and Hubstart Paris, led by Mr. François Scellier, French Representative from the Val d’Oise region, met with leaders of Hartsfield-Jackson airport, local business leaders, and Mayor Kasim Reed, who stressed the fundamental role of the airport in the development of major urban centers. A common work program for Atlanta/Paris was defined: identification of economic sectors to develop together around the airports, an exchange of best practices in the area of sustainable development, the exchange of experiences in the area of air freight, joint participation in international trade shows and the extension of the MOU to Shanghai. It was also agreed that the Atlanta Development Authority would soon be a signatory party of this MOU. 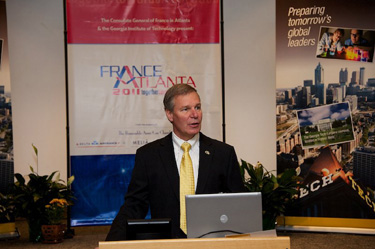 Two scientific symposia enabled the reinforcement of ties between France and Georgia Tech:

Opened by the Ambassador of France to the United States and the President of Georgia Tech, a meeting on R&D and higher education confirmed the new innovation-driven stage of the relationship between France and Georgia Tech. It was decided to strengthen existing research/industry partnerships in order to favor the internationalization of technology transfers from the innovation center, the Lafayette Institute, soon to be established in Metz, next to Georgia Tech-Lorraine.

The symposium dedicated to graphene, the new nanomaterial that offers promising directions of research and represents major economic and industrial stakes in the electronic sector, enabled to define a structured research strategy, uniting the best French and American teams: Albert Fert, 2007 Nobel Prize winner in Physics, the French national Research Center’s director for the North American Office, three program heads at the National Science Foundation and the Georgia Tech School of Physics.

Two other symposia, focused on kidneys, affirmed interest in cooperating with researchers from Emory University in the medical field:

Three French teams for renal transplantation (Necker, Nantes and Toulouse) came to share with the transplantation team from Emory University the results of their latest clinical practices and their latest research, especially in innovative immunotherapy. A follow-up symposium is anticipated for 2012 in Nantes with these same teams. A scholarship will also be offered to enable an American PhD student to work with one of the French teams.

The meeting on renal diseases connected to aging affirmed the committed collaboration between Emory and INSERM in the field of epidemiology.

III/ Organization of useful and promising contacts between companies and public decision makers: 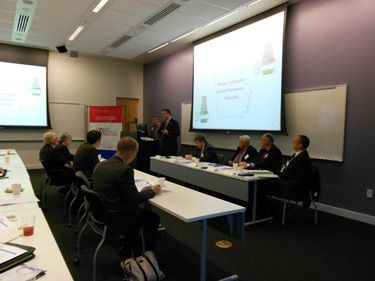 The two business workshops of « France-Atlanta » (on the Green City and nuclear energy) enabled several French companies from these sectors to make themselves known and to establish contacts with local companies and representatives of the local authorities. A business mission will be organized by THE French Trade Commission (UBIFRANCE) in Georgia in 2012 on issues of sustainable city, metropolization and design of urban public transport. The meeting on nuclear energy, which included the participation of the Public Service Commissioner of the State of Georgia, highlighted the quality of French technologies, including security stations and the recycling of spent fuel. It will also have follow-ups: a visit to France in 2012 by officials from the Savannah River nuclear centers and from Carlsbad, at the invitation of Areva; and a 2012 visit of a delegation from the French industrial sector to the nuclear site Vogtle.

IV/ Extension of our cultural partnerships: 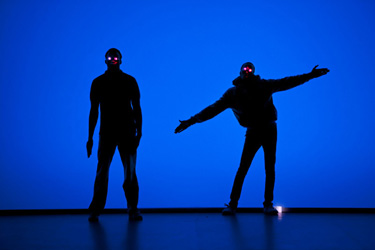 The themes of diversity and integration were at the heart of the five cultural events organized for « France-Atlanta 2011 » in the fields of contemporary dance, photography, urban innovation and cinema. During these events, numerous master classes were also organized for artists, students, and teachers in the school system. New cultural institutions deciced to partner with France-Atlanta 2011, including Spelman College, the Savannah College of Art and Design (SCAD), as well as the BronzeLens Film Festival.

Several extensions of this cooperation are already planned for 2012: a residency of choreographer Pierre Rigal (Asphalte) in Atlanta for the preparation of the commemoration of 50th anniversary of Martin Luther King’s speech in 2013 in partnership with the future Center for Civil and Human Rights in Atlanta; an invitation by SCAD to the photographer Mohamed Bourouissa (Le Miroir) for an artistic residency in Atlanta and to architect Frédéric Druot for seminars on the SCAD campus in Lacoste.

V/ A training partnership in the field of crisis management in humanitarian work: 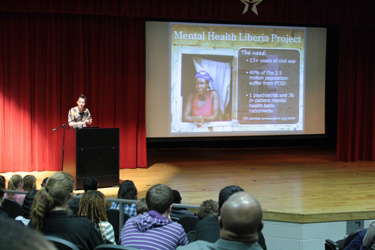 A conference on the coordination of the international humanitarian response to emergencies gathered a hundred participants, including the Director of OFDA (USAID) and several representatives of French NGOs (URD, Handicap International, Acted) and American NGOs (Care, Medshare, Mobilize for Haiti). Several lessons were learned to improve the quality and effectiveness of the response of the international community to humanitarian crises: better military / civilian coordination, a greater flexibility regarding the OCHA clusters, integration of new technologies for the collection and management information, etc. The contacts made also enabled participants to explore partnerships : the URD and Georgia Tech are discussing a possible joint crisis management training and Handicap International would like to test on the field a new communication technology developed by Georgia Tech, LifeNet.

In addition, presentations in French by the Carter Center and the Peace Corps on current international humanitarian issues were held in twenty schools in Atlanta, reaching nearly 1,200 students.