During these unprecedented times, an increasing number of businesses and organizations have transitioned from in-person to remote work. Following this trend, the Consulate General of France in Atlanta, launched its first virtual internship program. As the fall 2020 program comes to an end, we invited the three members of our virtual internship class to reflect on their experiences.

The three interns were selected for their sustained interest in international affairs and French-American exchange. Caroline and Mary sought to intern at the Consulate in order to immerse themselves in French culture. Likewise, Morgane was eager to learn more about American politics, especially given the 2020 elections.

Interning remotely during a global pandemic was a unique, learning experience for the interns. Mary and Caroline acknowledged the benefits of the virtual format including increased productivity and the opportunity to learn about telework technology and tools. In addition, it allowed them to complete an internship during the school year while being based in another city. Nevertheless, they noted the challenges: the lack of face-to-face interaction and the monotony of staying at home. Our French intern Morgane admitted that she was disappointed to not be able to move to the United States and experience firsthand the culture of the U.S. Southeast.

Despite working from three different time zones, the interns were able to exchange information and complete projects effectively – with a little extra planning. “It actually hasn’t been difficult for us to work together,” said Caroline about their combined efforts. Mary agreed, “We’re able to use multiple communication platforms, and get a response in a timely manner.” Aside from the logistic and technical challenges, the interns enjoyed the opportunity of working interculturally. “It has been an enriching experience. Our efforts really complement one another,” said Morgane. Mary stated that the different educational and cultural backgrounds of each intern worked to their advantage. “We’re able to learn so much from each other because we have different expertise, but similar goals.”

The interns’ personal experiences attest to the warm relations between the French and American people. “American soft power is still very apparent in France,” stated Morgane. She recalls watching American movies during childhood and ultimately deciding to study abroad in Pittsburgh, Pennsylvania during her junior year of high school. “I made some amazing friends and gained a few pounds!” she said. Likewise, Caroline has good memories of her experiences in France. During her study abroad in Paris, she savored French gastronomy– though it was comforting to always be able to find her favorite American sweets in the French grocery stores! Mary recalls her surprise in hearing an accordionist playing “Sweet Home Alabama” while at an outdoor café in France. “That small experience gave me some perspective on the magnitude of cultural globalization,” she said.

Now that their internships are coming to an end, they have begun to focus on their next steps. “I will continue my education at UNC,” said Caroline. “After graduation I plan to take a gap year to travel around Europe and then attend law school to become an international human rights lawyer.” Mary will finish her linguistic studies at the University of North Alabama in December and thereafter, pursue her goal of working at an embassy abroad. Morgane will begin preparing for exams in order to work for the French Government.

The Consulate General of France in Atlanta thanks Caroline, Mary and Morgane for their hard work and sends its best wishes for future success. 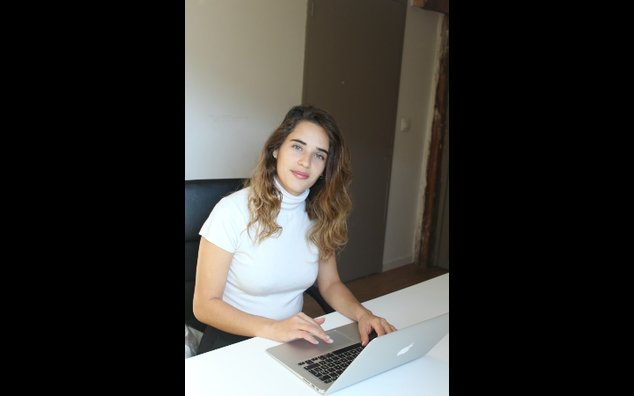 A photo of Morgane working from home during her internship 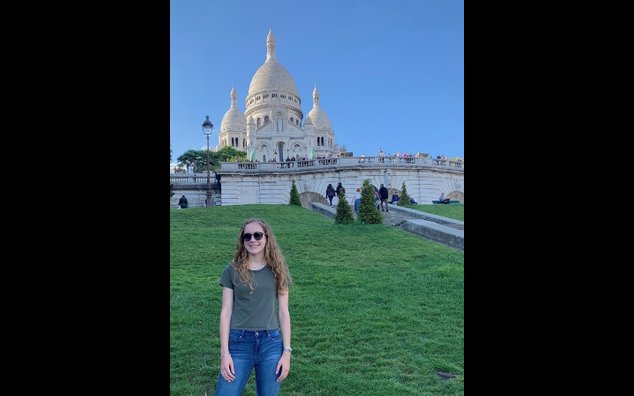 A photo of Caroline during her study abroad in Paris 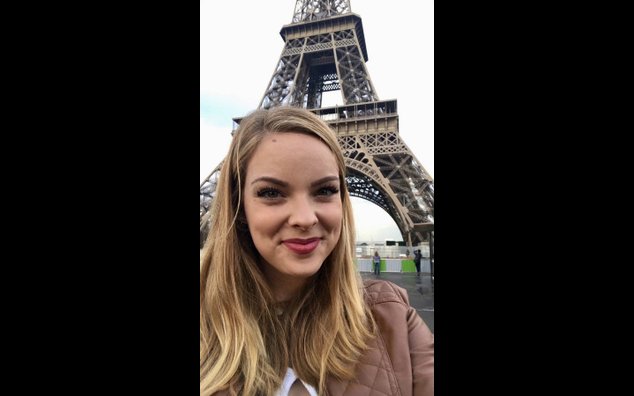 A photo of Mary during her visit to France