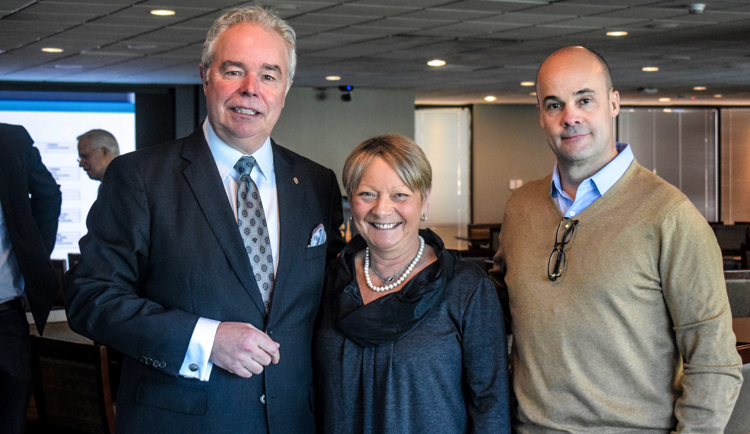 This spring is full of change at the French-American Chamber of Commerce’s Atlanta chapter where the baton is being passed between presidents and a number of new faces have been elected to the board.

Jacques Marcotte, principal with PowerMar Associates LLC, took the reigns as president on March 28. He replaces retiring President Pascal Gouteix, airfreight business development manager at Flexport, who served in the post from March 2017 to March 2019.

“I would like to take this opportunity to recognize Pascal and thank him for all his dedication to the Chamber as president and before that as a board member” said Henriette Ostrzega, the chapter’s executive director, who has served in the position for a year. “I would not have survived without his strong support and leadership.”

The FACC Atlanta chapter is a non-profit organization that promotes, supports and enhances business opportunities among its members, helping to build commercial and personal relationships between businesses and communities in France and the Southeast United States. The association organizes seminars, networking opportunities, professional exchanges and commercial services that connect leaders throughout the region and France.