Anne Morgan’s War: American Women Rebuilding France 1917-1924 is a photo and film documentation of American women’s humanitarian impact on post-WWI France. This exhibition, experienced by more than 100,000 worldwide, can now be discovered at The Atlanta History Center. 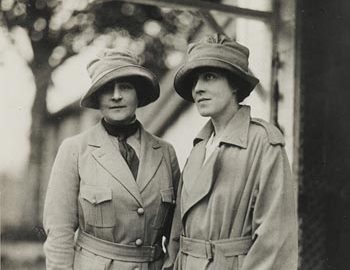 One hundred years after the United States’ entry into World War I, this exhibition continues to tell a gripping story. The vintage photo and film collection, which has been displayed worldwide, shows how American women’s intervention made a real difference to ease the devastation that France endured after the Great War. Anne Morgan, daughter to financier Pierpont Morgan and leader of the women’s initiative, wanted to show the world the seriousness of the damage in France, so she harnessed the power of documentary photography and used it to instigate a humanitarian response to benefit those ravaged by the war.

Between 1917 and 1924, a team of around 350 American women came to northeastern France in hopes of improving the damage that the region suffered. These women’s efforts led volunteers, donors, and artists like Harry B. Lachman to help France in various capacities, resulting in the Franco-American Museum’s American Women Rebuilding France 1917-1924 exhibition, as well as increased funds for Anne Morgan’s American Committee for Devastated France. The exhibition, a celebration of French-American cooperation, was originally showcased in Anne Morgan’s home, the Château de Blérancourt in Picardy, France, which became a French National Museum in 1931.

The American Friends of Blérancourt, based in NYC, has helped ensure that the Franco-American museum remains a thriving haven of history while honoring four centuries of international friendship. The Franco-American Museum’s photo and film exhibition has been shown to over 100,000 international viewers, and now can be experienced in Atlanta.

This exhibition is presented by The Atlanta History Center in partnership with the French Heritage Society.