Home > French presence in the US Southeast > Honored French citizens > Emmanuel Becquet, a promoter of the French American economic (...)

Emmanuel Becquet, a promoter of the French-American economic relations [fr]

President of the Chamber of Commerce of Tennessee since 2013, Emanuel Becquet has put his passion, skills and expertise to serve the community. 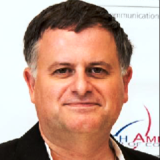 Brave, curious and versatile, Emanuel Becquet has worn several hats before taking on the management of the Chamber of Commerce of Tennessee. From Chicago to Atlanta, from Montreal to Chattanooga, he is no stranger to moving around, following professional opportunities in North America. Thanks to his determination, his patience and his open-mindedness, this businessman has constantly reinvented himself and found the key to his success.

"I got used quickly to living in Chattanooga," says the native of Lyon. "It’s a enjoyable city where life is simply easy."

Emanuel Becquet, who never thought of leaving France prior to meeting his American wife, is very keen on keeping all personal and professional connection with his native country. As such, he devotes his skills in trade, stock market and international affairs to the Franco-American Chamber of Commerce of Tennessee. His plan is to develop the organization with the main goal of gathering together the French and the American community.

‘’The French community is composed of French nationals who have settled in the region more than ten years ago, those who are here for a short period of time from 3 to 5 years, young students who come to study in the US and young Americans who study French. In addition, we must also take into account the French speaking Belgians and Canadians and the Francophiles who are eager to exchange views, share ideas and enrich themselves,’’ he explains.

This business is not only Becquet’s main occupation but also his true passion. He enjoys employing his skills and his know-how to build relationships between his native country and his adoptive one. Several American companies have already contacted Becquet with the desire to invest in France and he has lately welcomed a French company that came to explore the territory to evaluate a potential investment.

‘’I am very much interested in building relationships and exchanges between American and French entities; I do believe it’s beneficial to the development and rapprochement of the international community. It is also important for French nationals living in the US to be able to count on these organizations, such as the Chamber of Commerce, to guide them and help with their needs and any local processes while maintaining a connection with their country of origin.’’ 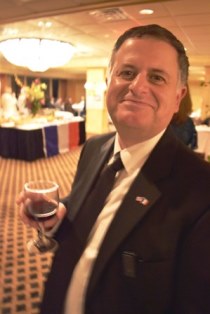 The recent launch in March 2016 of the Nashville branch of the FACC has been an absolute success due to the considerable interest shown by the stakeholders. More than 70 people attended the inauguration ceremony and a dozen of individuals and corporate members joined in the days that followed. The number of members is increasing, and one of the many challenges of Becquet is to ensure understanding and cohesion between them.

Having a FACC in Nashville, where approximately 500 French nationals reside, was deemed necessary as the city is in full growth due to the welcoming of several foreign companies which significantly increased its business appeal. In addition to that, it is very important to mention that the French American Chamber of Commerce is the only European Chamber of Commerce present in Nashville. "Our goal," he announces, "is to launch our business in Knoxville, Tennessee in 2017."

Alongside his institutional role, he is also responsible for developing school exchange programs for students interested in French. In particular, he carries out immersion language projects in the French Caribbean islands for young Americans who want to learn French while remaining near their continent. "We have to take advantage of a French territory so close to the United States that facilitates student travel arrangements."

Once again his commitment demonstrates he is a major player for all development companies. Thanks to this intermediary role, the organizations benefit from a concrete support and technical skills. His mission is to contribute actively ,creating links between two geographically distant countries. The "double - culture" is a personal enrichment that Emmanuel Becquet offers to serve the community.