To mark the 53rd anniversary of the Elysée Treaty, which set the foundation for contemporary relations between France and Germany, the Consulate General of France in Atlanta, the Consulate General of the Federal Republic of Germany in Atlanta, the Alliance Française d’Atlanta and the Goethe-Zentrum Atlanta hosted a special event on “How current global issues are shaped by international media: terrorism, climate change, refugees” on January 26.

The Elysée program brought together Chief Diplomatic Correspondent of the German daily "Der Tagesspiegel", Dr. Christoph von Marschall and Washington-based French and English correspondent of the international news channel France 24, Gallagher Fenwick who both shared their journalistic perspectives on current events and public and political discourse. 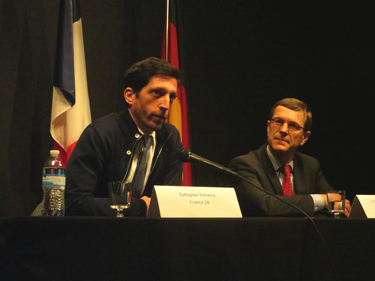 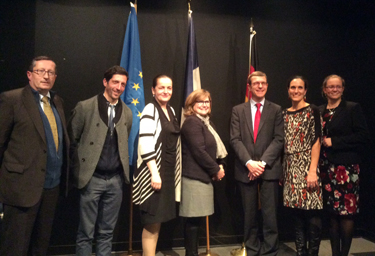 To view more photos from the event, visit our Flickr page