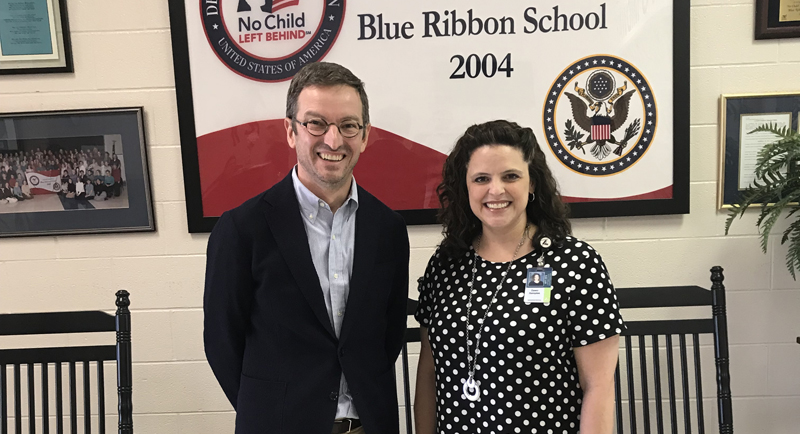 French dual language education has become a priority for the French Embassy in recent years. Programs offering bilingual education not only teach a second language but also provide an exceptional multicultural learning environment for children in public schools across the United States.

With classes conducted in both French and English, these programs draw from the best educational models that both countries have to offer. The goal is for students to become proficient in a second language and develop increased cultural awareness while reaching a high level of academic achievement. Students develop proficiency in the second language by hearing and using it to learn all of their school subjects rather than by studying the language itself. In recent years, demand for French dual language education in the United States has been on the rise.

This trend is strong in the U.S. Southeast where bilingual education is particularly popular and there are 9 public schools with a French immersion programs. The schools inaugurated the programs after local education departments took the initiative to install them.

Education Attaché at the French Embassy in Washington Karl Cogard and Education Attaché in Atlanta Thomas Tugulescu visited 6 of these 9 schools from April 30 - May 3 to meet with French teachers and school district representatives and find out how to best assist them in development of their programs.

The two also met with lawmaker Roland Lescure of France’s National Assembly (equivalent to the U.S. House of Representatives) who represents French citizens living abroad in the United States and Canada. He was in Atlanta April 30 - May 1 as part of a tour of his constituency. Together, the three talked about education in the Southeast and the importance of bilingual instruction.

The success of dual language education in the United States reflects the fact that bilingualism is a priority for more and more families. The benefits of bilingual education are widely recognized. Beyond open-mindedness and superior cognitive and intellectual agility, bilingualism enhances a student’s attractiveness when applying to universities and supports advancement in an increasingly international job market. Learning French is a great way to achieve this success!