Home > French presence in the US Southeast > Honored French citizens > Daniel Wolff, a guarantor of Francophone cultures in Atlanta

Daniel Wolff, a guarantor of Francophone cultures in Atlanta 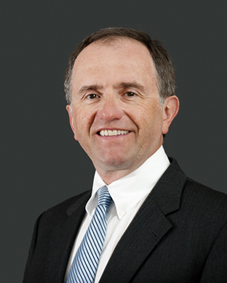 President of the Alliance Française in Atlanta, but also epicurean and passionate about rowing, culture and everything related to international, Daniel Wolff is in his element here in the capital of Georgia.

Originally from Alsace, born in Strasbourg, Wolff discovered the United States for the first time during a three month internship that was part of his engineering degree. At the end of his studies, he entered the workforce in Germany as a project and sales director of the company GEKA Waermetechnik Energy Systems, which specializes in engineering and thermal energy production. He then had the opportunity to transfer to Atlanta in 1991 for three years with the energy systems company KONUS, where he became president until 1995.

With a path forged abroad between France, Germany and the US, Wolff added several strings to his bow as a multilingual engineering expert. Seduced by the American Southeast, he finally decided to move to Atlanta for the long term and to prove himself as an entrepreneur. Thus in 1994, he created CoProTech.inc, his own consulting company in engineering and thermal engineering (of which he is still the holder) for industrial firms in North America. Through this adventure, Daniel Wolff was able to stabilize himself professionally in the Southeast, and he has taken full advantage of the opportunities available in the region for recreation and sports activities.

Outside of his busy professional agenda, he invests himself fully in the activities and associations of the local French community. Starting off as a volunteer at the Alliance Française in the 2000s, organizing monthly French dinners satisfied his “taste for good food and good wine”, then later a member of the board, it has been two years now that Wolff has served as president of the association. In addition to his work at the Alliance Française, Wolff consecrates his spare time to his passion: water sports and rowing. It was this passion that led him to take part in the Olympics and Paralympics in 1996, during which he enlisted as a volunteer alongside the French Federation of Rowing and Regatta, later becoming captain in 1999.

Today guarantor of a very diverse Francophone culture in the Southeast, Wolff is also witness to the growing cultural vitality in recent years in the region. “Before the 1996 Olympics, Atlanta had arelatively small cultural area compared to other major U.S. cities. This has changed since.” “Similarly, the synergy between the various representatives of the French presence in Atlanta continues to grow - especially between the Alliance Française, the Ecole du samedi, the Chamber of Commerce or the businesses - and this is very positive,” he adds.

Side projects? “Kicking off with the new academic year, September 29th, the Alliance Française will begin the celebration of its centennial through a series of ambitious events. This will include an opportunity to engage the international and French-speaking community and to promote French culture and the French language. I hope to see many of you there!” Finally, attracted by the warm welcome, the business-friendly environment that gives him a significant freedom of action, Daniel Wolff plans to stay in the Southeast indefinitely...

DANIEL WOLFF’S RESPONSES TO BERNARD PIVOT’S QUESTIONNAIRE:- Your favorite word? Universal.?- The word you detest? ?Chauvinism, in the sense of an exaggerated and exclusive admiration of one’s country—it’s the antithesis of International. ?- Your favorite drug??Chocolate, dark chocolate of course !?- The sound, noise that you love? ?The sound of a shell that slides into the water. ?- The sound, noise that you detest?Fingernails scratching on a chalkboard.?- Your favorite swear word or blasphemy? ?Shit – it’s classic. - A man or woman on the face of a new banknote???Stephane Hessel (diplomat, ambassador, resistant, French writer and political activist). I have already had the occasion to meet him in Paris in January 2012 during the international meeting of theAlliances Françaises. I was fascinated by this man’s commitment, his dynamism at 94, his charisma, his uncompromising respect for human dignity.?- The career that you wouldn’t have liked to do?Customs agent, a career destined to disappear, I hope… ?- Plant, tree, or animal—into which would you like to be reincarnated??The dolphin. This is a very intelligent animal that has always fascinated me, like all marine mammals in general. When you swim in open seas, the dolphins come to you and seek contact though they are in a totally wild environment! The grace, intelligence and curiosity of the dolphin are quite amazing.?- If God exists, what would you like, after your death, to hear him tell you?You gave us a really good laugh.