On December 6, Consul General Vincent Hommeril was the guest of honor at the Réveillon de Noël organized by the French Heritage Society.This annual event is held to raise funds to support the organisation’s projects, including the restoration of the Château de Jumilhac (Dordogne department), the gardens of the Château d’Arnajon (Bouches-du-Rhône department) and the Floral Park of Apremont-Sur-Allier (Cher department).

“The French Heritage Society is one of the Consulate’s valued partners for preserving French architectural treasures,” declared the Consul General of France. “Their work is essential for upholding France’s cultural history, and I am looking forward to working with them over the next few years.”

Since its creation in 1982, the French Heritage Society has worked to preserve, restore and promote French cultural and architectural heritage in France and the United States. The organization has 10 branches in the United States, including one in Atlanta, and a branch in Paris. 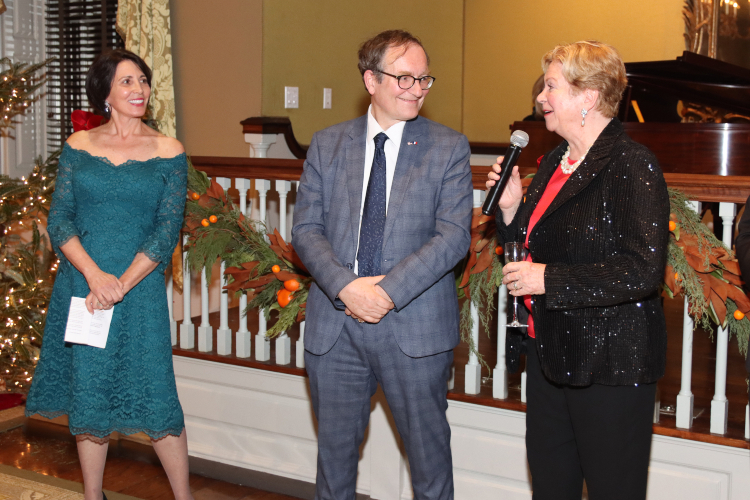 Consul General Vincent Hommeril with Debi Akers and Suzy Wasserman, the co-chairs of the Atlanta Chapter of the French Heritage Society