An anonymous writer once said, “Dynamite comes in small packages”. That can’t be truer for Cloe Amara, who, not even thirty, has already made a significant dent in her “bucket list”.

Where does one go after becoming World Champion of Combat Cane at age 17? For Amara, park manager of North America’s first tree-top obstacle course, the answer was both simple and literal: why, up of course! 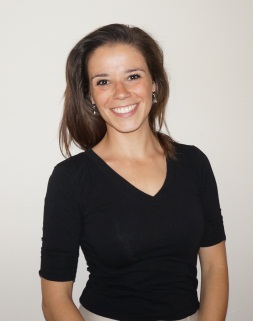 Meticulous, forward-thinking, confident and fun, Amara attributes her success first and foremost to her parents, who instilled in her a strong work ethic.

“My parents moved us to a farm that needed renovation,” she explained, already having thoroughly prepared the three points she wanted to address in her interview. “There was always construction. It’s still under construction.”

The farm in Lunel, near Montpellier, became a metaphor for life for Amara and her two brothers, through which her parents taught them the importance of working for a living.

“If you wanted pocket money, you worked. You do not get something for nothing.”

This ethic played out in sports as well. From gymnastics to combat cane, a French martial art that Amara took up in the footsteps of her brothers, who were also fans of the similar sport, French boxing, she ended up going further… much further than they did. In 2004, she qualified for the World Championship and won the coveted title.

“The most important thing for me is not the title, it’s the journey,” Amara clarified. “You have to be tenacious.”

Of course there were times when she would have preferred to go out with friends rather than practice, but the personal satisfaction of working hard towards a goal always won out.

From championship to management

Amara always dreamed of traveling the world, encountering different cultures. She pursued a degree in international business at the American Business School of Management in Lyon, which enabled her to do a three month internship in Malaysia and Taiwan as well as study at Temple University in Philadelphia through a joint program with her school.

When asked about what drew her to the US, she responded, “The American dream … a little”.

The original plan was to stay for two or three years. She got an OPT visa following her “real American graduation”— the pride of her family—and landed a marketing and sales administration job in Atlanta. As great as the job was, the nine to five day in front a computer was not always easy. The investment of the first tree-top obstacle course park by the French company, Group Altiplano in Gwinnett County provided the perfect outlet to blend her professional expertise with her passion for sports and people.

With seven “adventure parks” in France focused on tree-climbing and obstacle courses, Group Altiplano opened their first American park, Treetrop Quest in Georgia in 2011, offering 74 obstacles in the trees, 17 zip lines, up to 55 feet high.

“I was very lucky,” stated Amara, who happened to be in the right place at the right time with the right degree for managing the park. “Our CEO in France is known for taking a chance on young professionals, and he wanted someone who was French to help facilitate communication with headquarters.”

Since the park’s inception, Amara, who claims she’s the craziest of her staff of 20, has worked through cultural differences, from employment to customer service, finding her stride as a “strict” but “cool” manager. She also helped Treetop Quest’s parent company in France adjust their French methods to cater to American audiences.

“Customer service is a major cultural difference. In France, clients are more independent, whereas in the U.S., clients expect special care. For example, if there’s a birthday party, the mother wants five emails assuring her that everything is ok. I really love the relationships with the clients here though. It’s very satisfying when a kid you hardly know gives you a big hug after doing an obstacle.”

Numbers show that Amara knows what she’s doing as profit margins and client numbers are increasing, a particular feat for an activity virtually unknown to Americans before 2011.

Fun in the sun

Even beyond her work at Treetop Quest, much of her time is spent outdoors with her husband of one year, Antoine, who is currently setting up a company that builds tree houses.

“Our children will be monkeys!” Amara exclaimed, despite the fact that she never thought she’d be this “serious” before the age of thirty.

The couple enjoys rock climbing, hiking, traveling over the weekend, skydiving (her last birthday gift from Antoine), and going out with friends, though Amara confesses that she misses the nonchalant “aperitifs” in France that go on for hours, so different from the “happy hours” or formal “dinner parties” found here.

Family is what she misses the most though, so she doesn’t think she’ll stay permanently in the U.S, even if she finds the people extremely welcoming and the return policy on purchases incredible. Thus with adventure as her greatest vice (after raspberries, that is), Cloe Amara has a checklist of things to do to maximize her American experience. Baseball games, roller derby, a PGA game, Disneyland, and rock-climbing in Utah are all checked off, leaving rodeos, San Francisco, Chicago and Alaska to be discovered. For this bon vivant who seems to live by the philosophy of “now or never”, Amara may get just have to get to work on writing a new bucket list to work through. Given her track record, it will be fun, focused, and fulfilled with excellence, as her parents taught her.