Whoever says that numbers are not exciting has not met Cecile Nozière. A certified CPA in the US and France as well as President of Finadvia Limited, a consulting firm specializing in Credit and Market Risk monitoring in financial institutions, Nozière has created for herself a rich and rewarding professional life that knows no boundary and fits perfectly into her jet setter lifestyle. 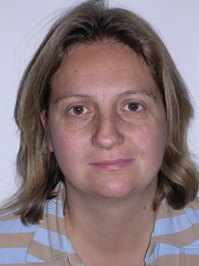 With more than 20 years of experience in banking and consulting worldwide, Cecile Nozière counts some of the world’s top banks among her clients, not to mention several high-level European and American regulators. Operating in North America, Europe and Asia, she advises clients on new system implementations, risk management, and international fiscal coherence.

Nozière has always had an affinity for numbers, favoring mathematics in school in the Paris region where she grew up. She went on to study international finance at a time when relatively few women entered the field. Occasionally confronted with the difficulties of a trailblazer, Nozière admitted that she wouldn’t let her emotions be seen by peers. “I told myself I could do it. There was a major cultural change underway and I had to fight. I couldn’t give up.”

After graduating from HEC Paris, Nozière, armed with a strong command of English that she had learned at a young age, landed her first job as a bond market trader in London for the bank BNP. She then returned to France to become the manager of the group Bank/Finance with Ernest and Young before joining the finance department of the Crédit Lyonnais in Paris in 1992.

“I’ve always loved to discover new countries,” said Nozière when asked about her international career, which has led her to accept executive positions in New York, Canada and Japan. Her husband shares her passion, and the Nozières have taken turns moving their three children from the international job opportunity of one spouse to the next. The result has produced a very tight-knit family, a unique culture base that only they can completely understand and appreciate.

Given the frequent moves of the family, Cecile Nozière finally decided to start her own consulting firm about 6 or 7 years ago in order to save the trouble of looking for a new job. As her three children have gotten older, she’s taken on more clients, and her workload has greatly increased. “The people I know and work with today I’ve known for twenty years. Building clients has been a lot of word of mouth.”

This hasn’t stopped her from being involved in the local French community. Despite her busy career, Nozière serves on the Board of Trustees of the Atlanta International School (AIS), where her son is presently a senior and her youngest daughter is in 8th grade. “I enjoy investing myself to help change things,” she explained. “I started to get involved at the school while we were in Toronto. With all of our moves, I was able to observe things that worked and things that didn’t. So in in this capacity, I can make a difference.”

In addition to closely following the French section of the AIS, where, as an avid bookworm, she also started a French book club, she also sits on the Board of the Alliance Française of Atlanta, serves as a Foreign Trade Advisor for France for the U.S. Southeast Chapter, and mentors young adults, particularly interested in finance.

A resident of the U.S. for almost 20 years, the last five of which have been in Atlanta, Nozière attests that the South is truly becoming an economic center. “It wasn’t the case 20 years ago, but I would say that today the South is a good point of entry for French investors because it’s less expensive. The French want to go to New York because they know it, but it’s a lot more costly.”

When asked about what the future holds, Nozière remains open to the possibilities. Could there be another expatriation in their future? “Sure, why not?”