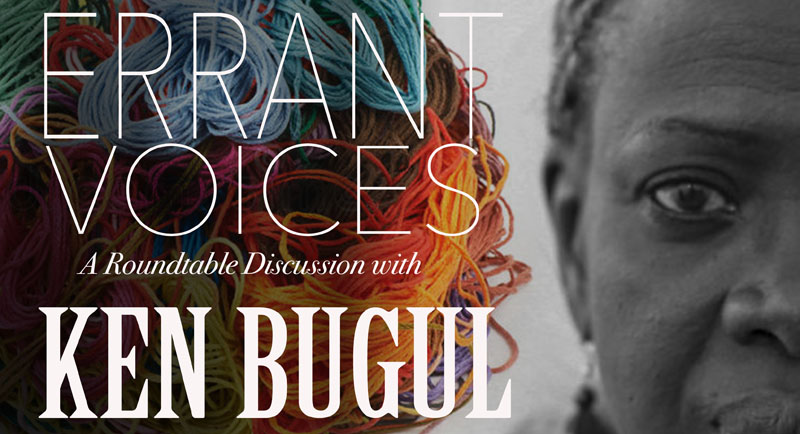 Senagalese author Ken Bugul shared insight on her decades-long career at the forefront of African literature during an April 17 discussion as part of Emory University’s “Ecrivains d’aujourd’hui” ("Contemporary Writers") initiative.

Bugul came to prominence with the publication of her first novel, "The Abandon Baobab: The Autobiography of a Senegalese Woman." This work is part of a series of semi-autobiographical novels that explore her experiences as an immigrant in Belgium and France and her eventual return to Senegal.

The Emory Department of French and Italian hosted the author, with support from the cultural services of the Consulate General of France in Atlanta, which has been a partner of this annual series for the past four years. The 2018 edition was entitled “Errant Voices: A Roundtable Discussion with Ken Bugul."

Born Mariètou Mbaye, the author chose to adopt the pen name Ken Bugul, which means “The one nobody wants” in Wolof. The youngest of a large and polygamous family, her feelings of familial exclusion increased at the age of five, when her mother left her for a year to live with her other children in a neighboring village.

In addition to her many novels, Bugul has published influential articles on colonialism and the practice of writing. Her writing addresses women and female sexuality, madness, ecology and urban development, with works set in both Paris and Dakar. She received the Grand Prix Littéraire d’Afrique Noire for her novel "Riwan ou le chemin de sable (1999)." Bugul is an officer of the French Order of Arts and Letters and the 14th writer in residence at the the Literaturhaus in Zurich, Switzerland. Prior to devoting herself entirely to her literary career in 1993, she worked for a family planning NGO, the IPPF (International Planned Parenthood Federation), in Kenya, Togo and Congo.

The round table was part of the Francophonie Atlanta 2018 festival. It was co-sponsored by the Cultural Services of the French Embassy in the United States; Francophonie Atlanta; the Hightower Fund; the Departments of English, History, Anthropology, Religion, Comparative Literature and African American Studies; the Creative Writing Program; The Institute of African Studies; the Institute for Developing Nations; the Psychoanalytic Studies Program; the Global and Postcolonial Studies Program; the Black Studies Collective, the Office of LGBT Life; the French Enrichment and Response Association; and the Africa Belle Festival presented by the Alliance Française.