The Patrouille de France will perform a spectacular air show at the Maxwell Air Force Base Air Show in Alabama as part of their U.S. Tour to commemorate the 100th anniversary of U.S. entry into World War I. 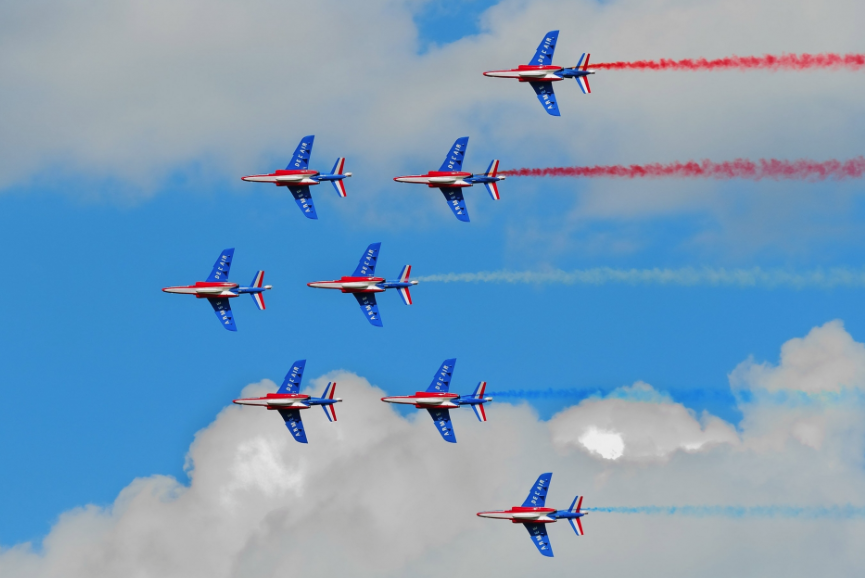 The Patrouille de France is the French Air Force aerobatic team composed of a commander and nine pilots who fly Alpha Jet airplanes. Their stunning aerial formations are accentuated by their tricolored aircraft which release blue, white, and red smoke.

On Saturday, April 8 at 12:00 p.m., the Patrouille de France will take to the skies at the Maxwell Air Show and Open House at Maxwell Air Force Base. The Air Show, which runs through April 9, will include performances by the U.S. Air Force Thunderbirds, static displays of World War I Aircraft, and more. The show is free and open to the public.

In addition, the French aerobatic team will attend a local baseball game on April 6, where France will receive special recognition, followed by an autograph session with the community. They will also pay homage to French World War II pilots buried at Oakwood cemetery in Montgomery, Alabama.

This special U.S. tour represents the first visit to the U.S. of the Patrouille de France in 31 years.