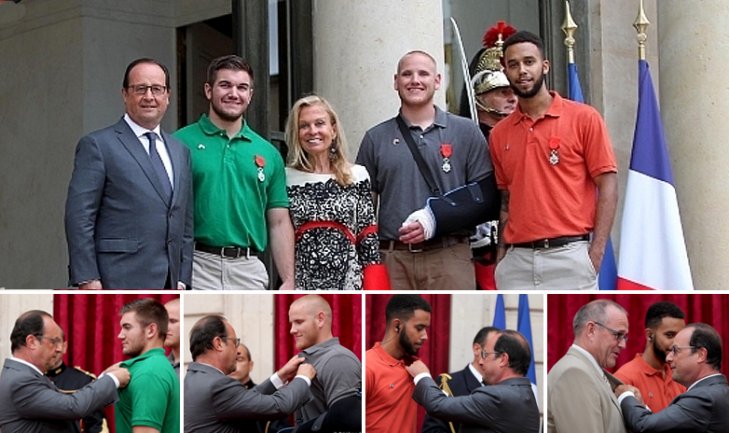 On August 24, President François Hollande awarded the four heroes that took down an attacker on a train heading from Amsterdam to Paris with the Legion of Honor at the Elysée Palace. President Hollande said that Americans Spencer Stone, Anthony Sadler, Alek Skarlatos and British citizen Christopher Norman received this award for their bravery in completing a formidable humanitarian act, as they fought off a shooter after he opened fire in their train car and avoided what could have been a horrible tragedy. The President said that these men showed that "in the face of terror, we have the power to resist," and that their actions taught everyone a lesson of "courage, drive and hope." Stone, Sadler and Skarlatos were received by U.S. Ambassador to France Jane Hartley at the U.S. Embassy in Paris on Sunday.