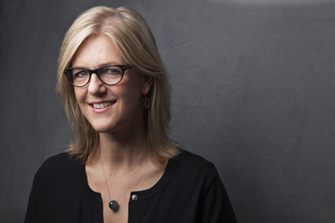 On September 2 the Consul General of France in Atlanta, Mr. Pascal Le Deunff, will officially announce the nomination of Ms. Amélie de Gaulle as the honorary Consul of France in Nashville.

Passionate about art and French culture, she welcomes this nomination with humility, “I was pleasantly surprised by this offer from the French authorities. It is touching. This responsibility is important to Nashville, a city that has always wanted to create links with France.”

Amélie de Gaulle, whose name and heritage resonates with French history, left Paris 21 years ago for Nashville, following her husband. In a way, this distance from France gave her an appreciation for the France that she loves so much and of which she speaks with affection. Mixing her Gaullist education, built on “a certain idea of France” and her pronounced passion for art, this kind of French art de vivre helped her to reinvent herself in the heart of Tennessee, and she has wanted to share this since her arrival.

This great-niece of General de Gaulle grew up in Paris while her great-uncle was the president of France. She was educated in a discrete way at a time when the already well-known name, de Gaulle, was a particularly charged name, between the beginning of the Fifth Republic and the events of May 1968.

Introduced to art at an early age by her mother’s family, she practiced the violin during her childhood. However, she actually oriented her career towards fine arts after being admitted to the prestigious Camondo School in Paris and became an interior designer.

Arriving in Nashville in 1989, she has seen the city evolve, but the kind and helpful qualities she borrowed from its inhabitants remain the same. “This city, full of celebrities, has not become a snobby city. A friendly spirit can be felt, and with a permanent dynamism there is a very high quality cultural life.”

Even if given the opportunity to go back in France, she has decided to stay in Nashville, judging it too difficult for her children, Suzanne and Valentin, aged 18 and 16 respectively, to change their lives suddenly. While raising them in the American public school system, which she judges of good quality, she has chosen to dedicate herself to her job and create her own design business, Amélie de Gaulle Interiors, which is based in Nashville. “I’m not tied permanently to Nashville, but I love my life here. I contribute what I know about French culture and my way of life. I thought it was important to preserve a kind of French harmony. For example, every evening by having a candle-lit dinner with the children, we have recreated a little France at home”.

Modest about her family background, she nevertheless understands the interest and graciously agrees to share some of her memories when she is asked. She talks about de Gaulle as a very gentle family-man, almost shy and completely different from the distant public persona. She considers it an honor and also a responsibility to be the bearer of such a name. She does her best to honor it in her way of life. She also taught her children the same attitude of respect and courtesy. Amélie de Gaulle will bring all of these qualities to help the French and American citizens of Nashville through her position as honorary Consul.