Four professors from the state of Alabama will be recognized by the French government for their contribution to the promotion of arts and culture, receiving the Academic Palms distinction by the Consul General of France in Atlanta, Denis Barbet during a ceremony on January 29. 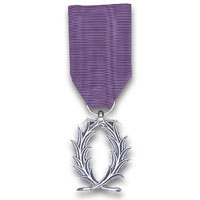 Established in 1808 by Napoleon Bonaparte, the Ordres des Palmes Académiques or Academic Palms is an Order of Chivalry of France that recognizes significant contributions and dedication to French intellectual, scientific, and artistic achievements. It was established in 1808 by Napoleon Bonaparte so as to honor eminent members of the University of Paris. In 1866, the scope of the award broadened to include both French citizens living abroad and foreign nationals. The Chevalier (Knight) of the Ordre des Palmes Académiques is one of the highest civilian honors granted to academics and educators by the French state and remains one of the oldest non-military decorations awarded to civilians in France

The vigorous and enthusiastic engagement in promoting the French language and culture merits these professors the distinguished title of Chevalier of the Ordre des Palmes Académiques.