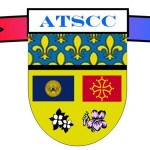 The Cities of Atlanta and Toulouse will celebrate the 40th anniversary of the sister city relationship with a series of events in Atlanta. The events include a celebration of the 40th anniversary of the founding of the Atlanta-Toulouse Sister City Committee to be held on October 29th in the presence of Councilmembers Aviv Zonabend and Nicole Miquel-Belaud of Toulouse, First Lady Sarah-Elizabeth Langford Reed, Councilmember Kwanza Hall, Valerie Jackson.

This relationship goes back to December 17, 1974, when then-Mayor Maynard Jackson signed a proclamation declaring Toulouse and Atlanta official sister cities. Today, the cities of Atlanta and Toulouse have maintained an active and productive relationship, including a fundraising endeavor led by the committee to commission a statue by Atlanta-based artist David Landis to give to Toulouse as a symbol of solidarity between the two cities.

Over the last five years, the relationship has continued to strengthen, thanks, in part to the France-Atlanta initiative, which has fostered several transatlantic exchanges including performances by Toulouse-based artists Compagnie Dernière Minute with Pierre Rigal, Compagnie Bistaki, Compagnie La Passante, or Association Manifeste. The Toulousan graffiti artist, Tilt painted a mural in downtown Atlanta during the City’s annual Elevate Festival. Toulouse-based businessmen, as well, have come to Atlanta to prospect for potential investment opportunities, and scientists and medical experts have benefited from the various workshops to strengthen working relationships and identify new areas of cooperation.

The Toulouse delegation will participate in a number of cultural events to strengthen the connections between Toulouse and Atlanta during their trip, organized within the framework of the France-Atlanta initiative, including a concert of traditional Occitan music by Compagnie Guillaume Lopez of Toulouse.