The first French-American Business Awards Gala was held at the North Carolina Museum of Art in Raleigh. Nearly 200 guests were in attendance including Ambassador James P. Cain, North Carolina Secretary of Commerce Anthony Copeland and Chuck Bundy of South Carolina’s Department of Commerce.

Organized by the French-American Chamber of Commerce of the Carolinas, the gala honored 23 companies and awarded eight companies from the two states. It was an opportunity to bring together members of the French-American business community and celebrate their efforts to deepen economic exchanges between France and North and South Carolina.

“The economic relationship between the United States and France has always been a key pillar of the unbreakable bond between our two nations, which is built upon shared historical heritage as well as common values like liberty and democracy,” said the Consul General of France during his speech at the gala.

The southeastern United States is home to many French companies, including Airbus, Dassault Systèmes, Saint-Gobain and Michelin. According to 2019 trade data from the French Treasury in the United States, the Southeast exports $3.92 billion in goods to France, and imports $7.12 billion of French goods. The U.S. remains the top foreign destination for French investment, and the U.S. is the largest foreign investor in France in terms of job creation. French-American Chambers of Commerce, including that of the Carolinas, play a key role in helping to strengthen economic relations between the two countries. 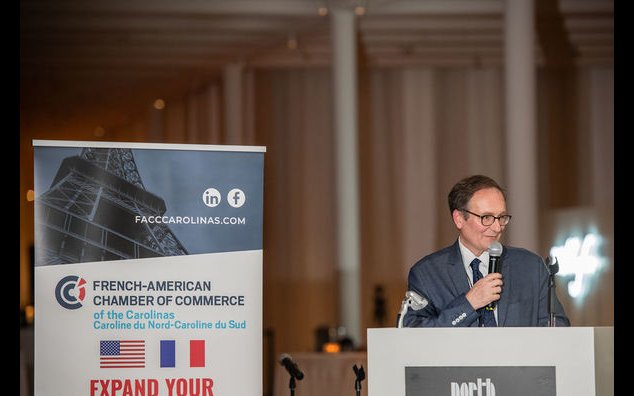 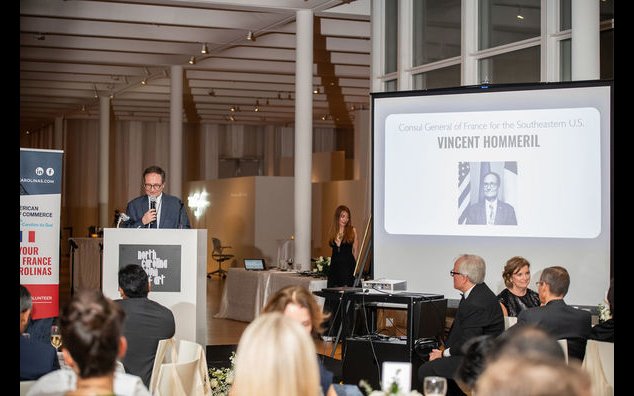 French-American Chamber of Commerce of the Carolinas